He Said, She Said or Honey dos is a very popular game. On this page, I am sharing Free Printable He Said, She Said, Baby Shower Game in three different colors. This is a perfect game for co-ed baby showers. This is also a great game for such baby showers where the guests know both parents-to-be really well. This fun challenege game will be enjoyed by the guests and also by parents-to-be.

How to Play: Print the game cards and give one sheet to parents-to-be. If this is a coed shower then they can fill out the game card on the spot but if it is not, you can get it filled by them a day or two earlier to create the personalized answer key. At the game time at baby shower party, give each guest one game sheet and ask them if they think after the baby is here the given tasks will be done by the mom or the dad and also how do they think they will raise the baby. After each guest has filled up the sheet, collect those and tele the answers with the ones that are given by the couple. The person whose answers matches with those given by the parents-to-be most wins. 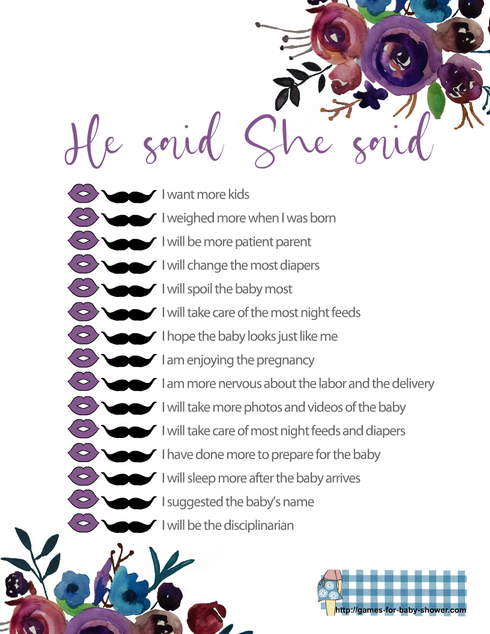 This is the first printable sheet for this he said she said baby shower game. This game card is decorated with a bunch of colorful flowers and the dominating color is purple. The purple color is a gender-neutral color in my opinion so you can print this card for such a baby shower where parents-to-be either do not know or do not want to reveal the gender of the baby. 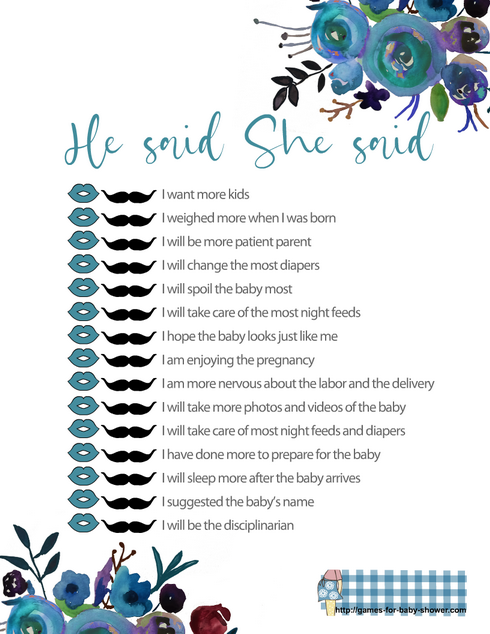 This is another beautiful color for this fun co-ed baby shower game card. The dominant color is blue in this flower bunch so you can print this game card for your boy baby shower. 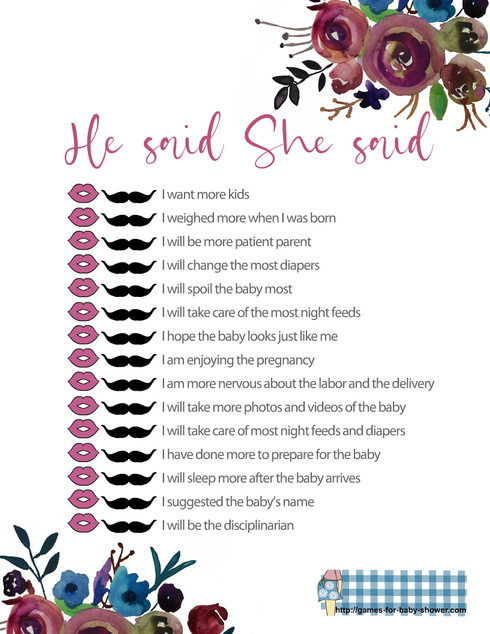 This is adorable game card has pink as the dominant color and this color makes it perfect for a girl baby shower.